Why we’re in love with Figma 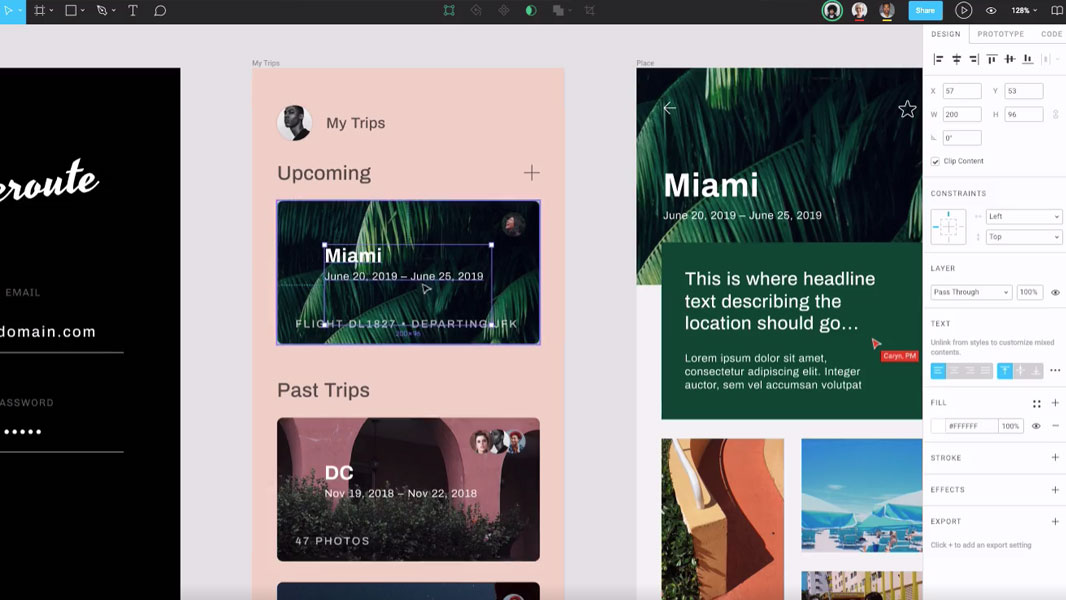 It’s simple really. Figma sparks joy. It’s snappy, intuitive and fun as hell to work in, and it makes me excited to sit down and start cranking out some UX. I can work as quickly as ideas come to me, and the thrill of not having to save and wait an eternity for files that most certainly will crash my machine makes me love it even more. Yes, Figma sparks joy. As far as functionality goes, I just love how they’ve stripped everything down to basics and at the same time left nothing behind. It's a delicate balancing act and it's paid off handsomely. At the end of the day, that’s the trick isn’t it? Making something really complex feel really simple.

If you've been working in one of those old grandaddy design software applications that shall not be named, you'll know exactly what I'm talking about. Shit is slow as molasses and the user interface is so thoroughly over-designed that designing has become a tiresome chore. Every time you use it, you feel like the developers have entirely forgotten their audience and purpose. If this sounds like you, one of the first things you're going to notice about working in Figma is the speed. The snappy responsiveness, the long-forgotten delightfulness of a design tool behaving just the way you would expect.

After becoming used to Figma's shared components and libraries, there is simply no going back to the way things used to be. Designers spending countless hours trying to develop, maintain and distribute style guides and redlines to engineering teams that didn't have outdated rules in them was a constant struggle. With Figma, the efficiency of being able to instantly share design assets and styles across your projects and files — all in real-time — is nothing short of amazing, and it puts an end to the problem of designers and engineers deploying old design rules in current and upcoming projects.

Prototyping used to take levels of effort that weren't always feasible. With Figma, you're able to prototype virtually anything with relative ease, and Figma Mirror allows you to view your designs from the Figma desktop app live across all of your iOS devices. This incredibly helpful in building live demos for clients who may not be able to visualize the end product in action, and it really helps to move revision cycles out of the development process altogether. To say that engineers are happy about this would be an understatement.

All feedback is captured, conversational, trackable and visible to all — right in the frames and components you're working on. No more running around trying to find those emails, tickets, hand-scribbled notes or dealing with the drama of trying to keep everyone in the loop about the latest changes you got from the CEO and why. It's all there. Anyone you decide to give access to can follow along with feedback, updates and rationales to understand why the design is moving in a certain direction. And the Slack integration allows all feedback to be posted in custom Slack channels, so nothing is happening in the dark. If the design process is happening in the open, everyone owns the direction — not just the design team. This means that you don't end up being forced to be yes men for that new bitchy intern on the social media team and then standing alone on design island when everything goes to shit.

Since working in Figma I’ve only had a single gripe — why can’t I export a printable file? This meant I couldn’t exclusively use Figma for my advertising projects as there was no practical way to hand off files to print production (no CMYK color profile) and no way to export PDFs. I had been using this handy little workaround for months (which I will admit was pretty great) except for the fact that the final PDFs were massive and were virtually impossible to compress. To my absolute delight, Figma announced late last year that they’d included PDF export in their upcoming release:

“In the ephemeral and changing world of digital design, PDF – a format born when software came in a box and phones had cords – remains essential. From iOS developers who import vector representations of designs to individuals who leverage its precise color handling for printing digital assets, PDF’s applications are vast. Unsurprisingly, the ability to export designs to PDF is perhaps the most requested feature here at Figma. Today, we are excited to deliver on this request by introducing a PDF export option in Figma. We paid special attention to quality so you can rely on it to represent your work accurately to clients and stakeholders.”

The PDF export feature works beautifully and file sizes and reasonably compressed and now practical to email and share in every other way. This is a huge win for the team at Figma and shows us yet again that they’re not only listening to us but actively engaging us in making our design needs their top priority.